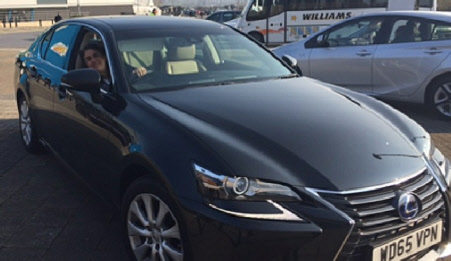 The Caithness Hub - a refuelling centre for sustainable transport

CHEER (Caithness Hub - Energy Efficiency and Renewables) is looking to apply for funding.

We are embracing the sharing economy allowing hydrogen fuel-cell vehicles to sit alongside electric vehicles (EVs) at our refuelling station which incorporates the following:

* storage of People Power in 'second life' batteries, for use in an EV recharging point, part of a community network for recharging across Caithness and the North Highlands

We are aiming to set up a truly sustainable energy model for transport in the North Highlands, connecting the Caithness hub with other hydrogen/ EV initiatives in Orkney, Shetland, Inverness and beyond, promoting the uptake of hydrogen fuel cell vehicles and EVs, as well as sustainability thinking. Having two vehicles, better suited to different journeys, supports sharing rather than owning. We will see a greater increase in the sharing economy. The fuel cell industry is not anticipating that it will be the only green car of the future. For shorter journeys the EV is the best fit, but longer distances and taking less time to fill up, then a fuel car cell is a better option. The future make-up of the Scottish and UK vehicle mix will be a combination of the two, at a time when the public are looking ready to steer away from diesel and petrol towards a low-carbon market. There is a lack of availability of refuelling stations and a small number of hydrogen cars in production. The Caithness Hub will highlight the situation, acting as a bridge between local authorities, businesses and suppliers, overcoming the teething issues. If you are interested in becoming involved in CHEER please contact us.

Electric Vehicles for the Highlands

As part of Caithness Renewables' commitment to the community, director Louise Smith was confirmed in 2015 as Project Manager of the Caithness Rural Transport project, ACTION - Alternative Community Transport In Our Neighbourhood, a green transport plan to add several electric vehicle charging points at various locations in the Highlands as well as run electric vehicles (EVs) as part of the Caithness Rural Transport Dial-a-Ride service.

Working in conjunction with Denchi Power Ltd, who run the battery factory in Thurso, the community led plan involves the use of their 'second life' batteries at charging points. Using the Denchi REMOTEL system to interrogate batteries at renewable energy charging points, ACTION hopes to guide community transport operators to re charging points with available power, new thinking for s new world.

As part of ACTION, Louise carried out a community consultation exercise in 2015 to determine local journey needs, who has an electric vehicle, where it is and what it is used for.

On Thursday 17 March 2016, local consultancy director, Louise Smith of Caithness Renewables Ltd, attended a smart energy event in Exeter run by Regen,  a not for profit organisation originally set up by the South West Region Development Agency (SWRDA) in England.

This opportunity was about revitalising links between marine energy developments in the Pentland Firth and Wave Hub in North Devon and Pembroke, and looking for knowledge exchange links in green transport (electric and hydrogen), energy storage and smart grids.

Regen SW, the Pentland Firth and Wales are talking about working together in offshore renewables to, alongside other targets, distil best practice for implementing marine energy. Caithness is currently leading in tidal power, with the MeyGen scheme to be installed later this year. Caithness Renewables is carrying out cutting edge work in the analysis of tidal turbulence, one of the biggest risks to the potential success of commercial scale tidal energy. Their protocols include the precise location of turbulence in a tidal stream, contributing to the micro siting of turbines to avoid risk.

Louise was pleased that the leading light of Regen SW, Johnny Gowdy, Commercial Director, volunteered to pick up a wheelchair and wheeled her round all day as well as juggling two speaker slots and communicating with business visitors. [SEE PHOTO]

Regen SW has 22 staff, and earns sufficient for this payroll in spite of losing its £900k per annum funding in 2012 when SWRDA was disbanded. Its work includes consultancy for renewable heat, offshore renewables and best use of the electricity grid.

The conference had attracted an impressive array of speakers including Maxine Frerk of Ofgem [see photo] who spoke about how they had severely underestimated the contribution that solar PV would make to the grid and Michael Rutter of the Department of Energy and Climate Change, DECC, who talked about the UK's 25GW of renewable energy generation. From the floor Ms Smith pointed out that, for the date quoted, 17GW of this total was actually in Scotland. She also talked about how much of this total was achieved through building onshore wind, something which Mr Rutter reiterated wasn't going to happen in England in line with UK Government policy. From the southwest, Regen SW leads England with regard to energy innovation and Ms Smith emphasised how the south-west could help increase the amount of renewable energy generated in England by its development of offshore renewables.

Many references were made to how constrained the electricity grid is in the south-west, much as it is in the north of Scotland. To tackle this, looking at the Devon and Cornwall area and parts of Wales, delegates were told about energy storage solutions involving MW size batteries. At solar farms, for example, energy generated during sunny days can be stored then sold back to the grid at a higher tariff with typically only 10-15% lost to air conditioning and lighting. The mark up on electricity price can be large, with one solar farm quoted as earning £160k per annum from selling back to the grid at a higher rate more than compensating for these losses.

Laura Wilson, the Business Centre Manager of Snows Lexus Exeter, brought a GS 300h Executive Edition hybrid electric car for Louise to test drive. [see photo] Many people think of electric cars as small tinny boxes on wheels but this car certainly isn't. Designed for business users, this plush company car type design, had a top notch feel to it, fast and smooth, as she drove it up and down the M5. She was also taken out in an all-electric BMW i3 and Toyota's hybrid accompanied by another delegate from Scotland, Peter Crone from the Isle of Lewis, where an E-Car club operates nine Renault electric cars and one van using power from the Pentland Road Wind Farm [see photo].

Louise has been project managing Caithness Voluntary Group’s electric vehicle project, ACTION, Alternative Community Transport In Our Neighbourhood. She has been worried about the slow response from car companies in Scotland who have failed to organise a test drive for Louse in Inverness. In Exeter this does not appear to be a problem.

This excellent event shows how Regen SW has built upon its marine energy experience to become a thriving centre of excellence in the south.